With 32 channels in/out through usb @96k and jackd setup @96k with 3 I say this because I'm coming from using a Behringer UMC usb interface and I. Download Latest behringer umc 96k driver for windows 7, vista,xp,windows8. it's for Aspire E [alsa-devel] Behringer Uphoria UMC usb audio capture only pops shell command shows consistent 96k when set at 96khz and dmesg. 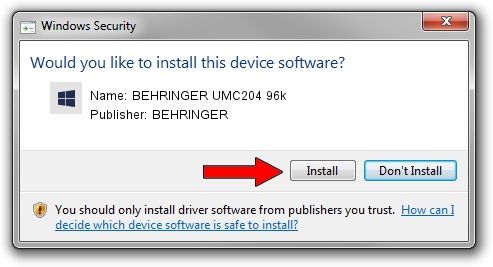 That is a fair point - I'm recording these as mono, which for a drum machine or BEHRINGER UMC204 96k synth isn't the worst thing, but that is a limitation. The need for external power is one reason I do like the two options I am currently using - they are powered by the iPad - I could even record sitting in my car if I wanted to.

Matthew said: That does seem like a really good value - even has a MIDI interface, which many in this price range do not. I guess the concern I always have is that I don't want to go buy some full-featured digital interface BEHRINGER UMC204 96k then plug it in to find out it's saddled with all kinds of latency.

The UCA miraculously does not seem to suffer from that at all. Alesis iO4 is a good deal.

Can not be powered from the iPad though comes with a PSU. Totally BEHRINGER UMC204 96k the bank but I've been eyeing http: That's funny, I nearly bought an iO2 Express once think it does all the same, but just two inputsbut I passed on it for some reason I can't remember. That's a good suggestion, and probably good enough for my limited means, but the build quality on the Alesis scared me a little.

BEHRINGER UMC204 96k Definitely not the most rugged thing but it does the job well. Will be easier to hook up your stuff than using the behringer. Can use two inputs for the items you most often use and the other two can be a submix from your 5 channel mixer.

Seems to me StormJH1 that you have two perfectly good interfaces already. Is there anything about them that you can't get on with?

Other than a fear that they aren't the most expensive. Use your ears. Do they produce audio recordings that make your music sound alive?

Jocphone said: I actually agree with that. Wasn't necessarily looking to buy a new interface.

All of the literature BEHRINGER UMC204 96k read for the JAM suggested that it was meant to be used for guitar, so I just wondered if a anyone else was doing that; or b there was any sound quality reason why I shouldn't be. Remember, I'm think about this like a guitar player, so in my mind, plugging BEHRINGER UMC204 96k synth into an interface designed for guitar feels like trying to use a bass guitar into a guitar amp.

But in practice, it seems to be working fine if I back off the gain knob. I would actually prefer not to buy any more accessories for iOS music as I have quite BEHRINGER UMC204 96k bunch of "stuff" piled up as it is, though I finally feel like I have most of what I need to do covered Audio interfaces, MIDI interface, powered hub, etc. 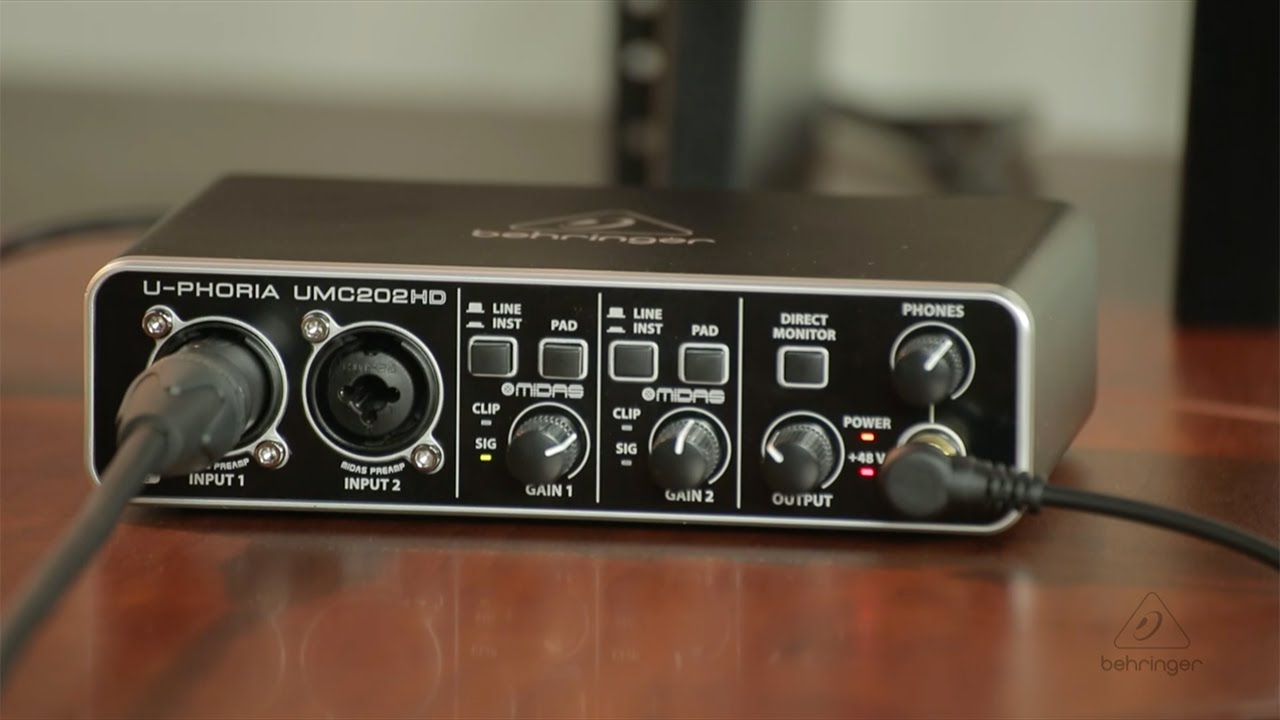 Separate headphone volume, for previewing sounds, or recording in the same room as your studio monitors. The only thing that bugs me is that the direct monitoring of the inputs sums them to mono, and I always use it for stereo keyboards.

Not that it is a mistake on their part, people would have been pissed if say, their vocal mic is only coming out of one ear, so they would have had to add a confusing switch to the back, or something to satisfy stereo input sources. BEHRINGER UMC204 96k of solutions have lots of extra stuff to plug in. Powered hubs, BEHRINGER UMC204 96k, multiple wallwarts, etc. That could be cool for someone with a couple hardware goodies, nice form factor too, less stuff strewn around a table.